Despite their status as pollinators, stinging wasps are not welcome sights in our yards. Some of them can be aggressive and, especially for those who are allergic, stings can be dangerous. Preventing wasp swarms from hitting your yard isn’t easy and removing them can be downright dangerous. That’s why it’s important to learn what factors can attract them and what you can do to prevent them in the first place. 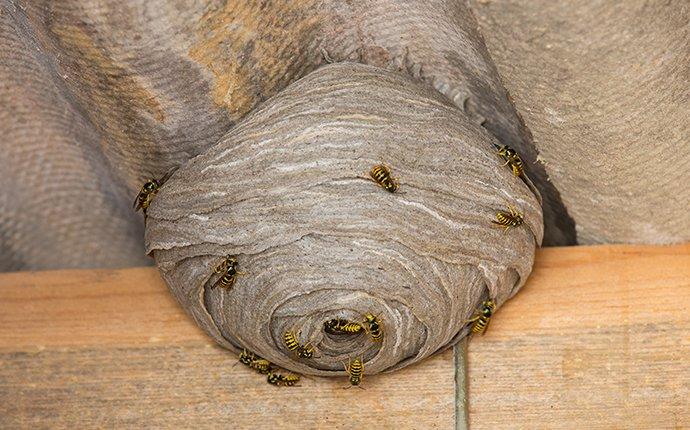 Common Wasps In Your Area

In subtropical areas like South Florida, insects can thrive in huge numbers and remain active throughout the year. That goes double for wasps, which feed off of other insect populations. Many different kinds of wasps are common to the area, but here are some of the most common to invade properties:

Because their habits and preferred habitats can vary by species, wasps can be attracted to different properties for different reasons. It also doesn’t help that a wasp’s diet is varied, from pollen to sugars to other insects. The biggest factors that attract them, however, are as follows:

Wasp Prevention For Your Yard

In order to avoid nests forming on your property, you need to make sure you’re constantly staying on top of everyday measures that reduce your risk. Here are some common one

With the added nastiness of their stingers, wasps are a cut above your average garden pest. They can quickly form nests that aren’t safe to try and remove on your own, even though failure to remove them will only make the problems they cause worse. That’s why you should turn directly to experts who can not only eliminate wasps quickly but also address the general pest concerns that can attract them. At Amco Pest Solutions, our trained staff can quickly and safely get rid of wasp populations. More importantly, we can offer routine inspections and treatments that will ward off invasive pests of all kinds. Let us get started on pest control on your property, so your yard never becomes a hunting ground for wasps.