You’ve seen these eight-legged creatures before, but have you seen one of these deadly visitors in your Miami-Dade County backyard? It’s no secret that all species of spiders have fangs and at least a little venom. Thankfully, the poison of the common arachnid is neither dangerous nor deadly to humans. Some species, such as the cellar spider, are entirely incapable of piercing human flesh at all! 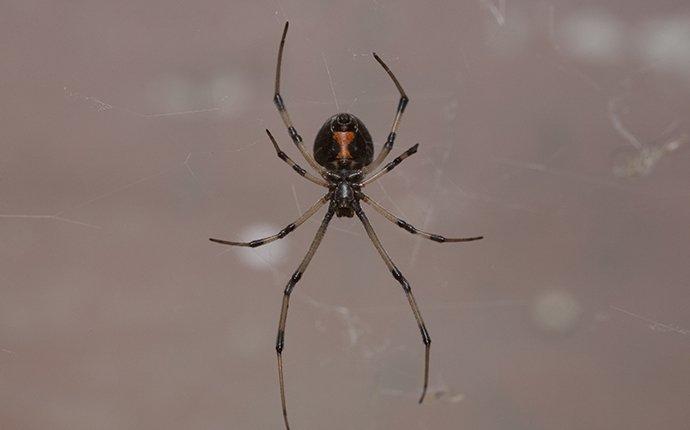 There are over 3,000 species of spiders in America, and only a small portion of them are located in the Miami-Dade County area. With eight legs, eight eyes, and a three-segmented-body structure, it isn’t terribly difficult to discern their presence within the home or garden.

Spiders may be predators, but they rarely target humans or pets while on their quest for their next meal. In fact, most spiders would rather be left alone. Yet, there are two species found in the United States that are considered dangerous to humans and pets:

While both species are rare and relatively secretive, it is a good idea to get the scoop on America’s two deadliest spider species.

Nobody wants to tango with these terrifying spiders. This is why having a working knowledge of their appearance, habitats, and behaviors is vital for keeping your family safe.

The black widow spider is perhaps the most well-known species of deadly arachnid in the United States. Easily identified by the bright red ‘hourglass’ marking on their abdomens, these spiders are commonly found hiding in dark, undisturbed areas. Firewood piles, garages, play equipment, and greenhouses are all places where these spiders may be found. Although their bites are rare, always seek medical attention if you have been bitten by a black widow.

In contrast, the brown recluse spider is one of the most commonly misidentified species in the state. Sporting a characteristic ‘fiddle’ marker across their thoraxes, brown recluses thrive in man-made objects that receive little attention, such as the backs of closets, trash cans, and porches. Once again, it is important to immediately seek medical attention if you fear you have been bitten by one of these spiders.

You’ve read about these dangerous spider species, but the question is, now what? Pest infestations can happen to anyone, even in homes with a high amount of DIY pest prevention and care. But thanks to their secretive natures, cunning hiding spots, and small frames, black widows and brown recluses may still find their way into your safe, comfortable home.

If you think or know that you have dangerous spiders in your Miami-Dade home, contact the trained professionals at Amco Pest Solutions. Employing several cutting-edge methods and fast-acting treatments, our residential program professionals are dedicated to your safety in all aspects of the spider-prevention process. We believe that defense is the best offense, and we strive every day to provide our Miami-Dade County customers with the best our team can offer. In business for nearly 100 years, Amco Pest Solutions is proud to protect our neighbors and friends yesterday, today, and tomorrow.

Give our professionals a call today and start the spider-prevention plan that’s right for you. Work out the details fast with our helpful phone operatives, or send us your relevant information through the online contact form.