What Every New Jersey Property Owners Should Know About Bat Control

Some cultures in the world honor bats, while others fear them. In New Jersey, fear is most prominent. And while bats might not fully live up to their bad reputation, you don’t want them in your home. Find out what you should know about bat control in New Jersey. 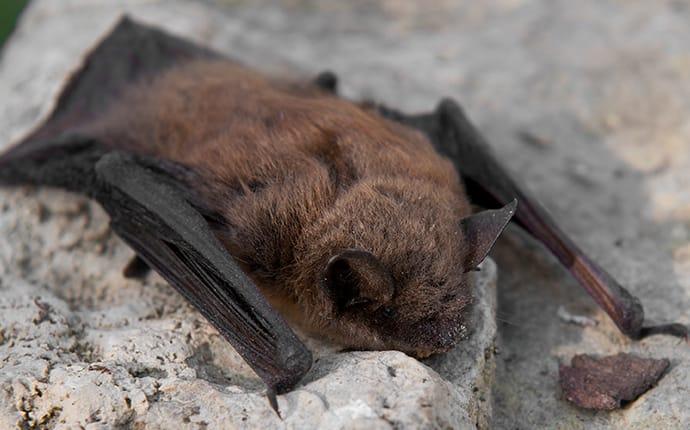 Types Of Bats In New Jersey

The bats in New Jersey live in a variety of natural habitats, from caves to trees. But they may also be found in man-made structures, such as chimneys and attics. Local bats seek out insects and tend to live where there’s no shortage of bugs. For this reason, you might see them hunting under street lamps or feeding over a small body of water.

There are two species of bats in the area that you are likely to come across - the big brown bat and the little brown bat. Because the little brown bat is currently threatened by disease, their numbers are in decline. The big brown bat is similar to its smaller counterpart, but measures a few inches longer and has a broader nose. Even so, this species of bat is still relatively small and only grows to about five inches long.

Both big and little brown bats like to hide in houses and other man-made structures during the summer. In the winter, big brown bats often hibernate in buildings. There are different species in the area, but they are less common and less likely to inhabit a building.

Despite the negative light in which people portray bats, they aren’t all bad. Bats play a crucial role in the ecosystem and keep everything in balance. In some parts of the world, bats are pollinators. New Jersey bats serve another role, eating vast numbers of insects on a daily basis.

If you have bats near your property, you might notice a decline in mosquitoes and other annoying insects. They’re a natural and effective form of insect control.

The problem comes when bats head indoors. Like many other household pests, bats can carry diseases. Perhaps the most dangerous of those diseases is rabies. If you come into physical contact with a bat or are bit by one, you should get tested for rabies.

Fortunately, bats aren’t aggressive until you try to handle them. The biggest risk comes from people trying to physically remove bats from their property. It’s much safer to practice bat prevention and to contact a professional if you find bats on your property.

Although you can find bat repellent products in stores, no repellent spray is actually effective for bat control. Sound machines are also ineffective, which leaves you with one way to keep bats outside of your home - bat-proofing.

If you can seal up all bat entry holes, you’ll prevent them from taking up residence in your home. Bats can get through holes as small as ⅜ inches wide, so do a thorough inspection. To discourage bats from roosting in an attic, you can leave your lights on for a full 24 hours. You can also leave a fan running, which should make it difficult for bats to roost.

There are a few ways you might want to bat-proof the interior of your home. Seal the area surrounding your attic door, flashing, or other structures with gaps. By installing fiberglass insulation, you may also repel the unwanted mammals.

Bat-proofing only works if you don’t already have a colony of bats inside your property. Furthermore, it isn’t easy to completely eliminate all entry points unless you have a trained eye. For the best pest control results in New Jersey, you should contact the New Jersey pest professionals at Amco Pest Solutions.